Futurist Gerd Leonhard took the perspective of what he termed a “nowist” in his TedX discussion of Digital Ethics.  Why?  Because he is concerned that if we do not fully consider the ethics of technology now, “We may be facing threat of extinction by our own inventions.”  Technology, unlike humans, can move at warp speed.  It does not have ethics.  Gerd notes that we are allowing technology to track us, measure us, advise us, and connect us.  If we do not impart some clear ethical considerations now we could end up in a future driven by the exponential rather than the humanential; one that values speed, power and the network over depth, meaning and self-realization. We are at a critical juncture where much of what we have taken for granted, for example, our right to a degree of privacy is becoming less and less a guarantee.


Internet privacy has become enough of an area of ethical concern that those in the know just celebrated Data Privacy Day on January 18.  Although Deborah Johnson, as quoted in Terrell Bynum’s discussion of Information Ethics sees the privacy concerns as simply “new species of old moral issues” and not some, “wholly new ethics problems requiring additions to traditional ethical theories,” the situation definitely requires our attention – new theories or not. Throughout the world governments and organizations seem pitted against civil rights and privacy groups in determining the proper balance between privacy and security. Is privacy an absolute human right?  Can security and privacy dwell together?  What about freedom of information?


Had I written this piece 5 years ago I would have focused solely on our rights to online privacy such as protecting our data, our identities, and our employers’ rights (or not) to our social media presence.  However, in 2017, internet privacy expands to the Internet of Things (IoT); our wearables, cars, thermostats, entertainment systems … all of which are sending non-stop streams of our personal data into the network.  Since all of us engaging with IoT are now integrated into the internet, this blog will take an overview of privacy concerns with the internet per se as well as with the IoT. 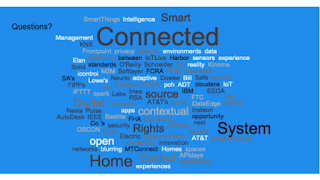 
A January 2017 internet privacy update from  VPN service provider Express VPN notes that the U.S. and the European Union have agreed that stealing, which includes violating someone’s privacy is wrong and illegal.  However, in assessing some of the recent cases where Facebook users felt their privacy had been invaded, the determination was that although the information had been used in ways the users were not expecting, no privacy laws had been broken.   This type of “surprise usage” of our private data is considered a “creep factor”.  So although what a company may be doing with our data is legal, in order to be truly ethical, a company should be clear about how they’re using it. Otherwise they risk losing our trust.  And talk about the creep factor.  Consider our right “to be forgotten”.  Our on line communication and postings do not go away.  They are our legacy – wanted or not – except in the European Union who in May 2014, ruled that its citizens had a “right to be forgotten” and directed Google to delete “inadequate, irrelevant or no longer relevant” pages from its search results.


And although there are restrictions on how information may be used, the majority of world governments tap internet traffic as part of national security programs.  However, it is just this level of surveillance—whether by governments or corporations – that concerns citizen advocate groups like the ACLU who fear the extent to which such scrutiny can hamper  the expression of free speech and association, the free exercise of religion and undermine a free media.  In a related article the example of Boston residents seeking to stop the police from continuing a digital surveillance plan after finding out that the surveillance companies with which the police were contracting advertised themselves as helping law enforcement officials avoid the warrant process in investigations” and “providing a means of spying on dissidents.”


Late last year the Federal Communications Commission (FCC) by a 3-2 party line vote  passed some new rules, which requires Internet providers to obtain a customers’ explicit consent before the provider can share personal information, such as app and browsing histories, mobile location data and other information generated while using the Internet.  The mandate requires that service providers inform consumers about data they collect and notify them of data breaches.  Covered in these restrictions are trading in health data, financial information, Social Security numbers and the content of emails and other digital messages.  Echoing Gerd Leonhard’s warning that ethical considerations need to be addressed as early as possible,  Jay Stanley  with the ACLU said “If this was not done, it could have really hard-wired a surveillance infrastructure into the Internet itself”.


Not covered by the ruling are individual web companies – such as Google or Facebook who already make a great deal of money monetizing user information.  The internet service providers view this information as a source of revenue thus a legal challenge from affected companies can be anticipated. 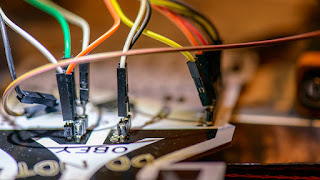 THE INTERNET OF THINGS (IoT)


A December 2016 article by Andrew Meola in Business Insider suggests that there will be 24 billion IoT devices by 2020.  And along with the benefits comes risk as these connected devices give hackers and cyber criminals more entry points.  The IoT also generates a great deal of very personal data which is now also part of the internet.  Meola mentions several key concerns including:


·         The sheer volume of data:  It’s estimated that 10,000 households can generate 150 million discrete data points every day.
·         Public Profile:  An insurance company can potentially collect data from your fitness tracker or smart car and use it to determine eligibility.
·         Access to your home:  German researchers were found to have collected unencrypted data from a smart meter device to determine what television shows people were watching.


Lauren Zanolli writing for Fast Company feels we are generally underplaying the threat to our privacy that IoT’s present.  She quotes Josh  Corman, a security expert and cofounder of I Am The Cavalry,  suggesting,  "What we've done is blindly assume that [adding software and connectivity] is always good. And we're making really horrible, horrible choices."  Continuing to echo these concerns, Lee Tien, Senior Staff Attorney at the Electronic Frontier Foundation points to the faded lines between private and public data stores in the post-9/11 era stating,  "We’re long past the days when we can really think of private sector collection of data and government collection of data as two separate silos."


In 2013, which seems like a generation ago when considering the IoT, the FTC met to discuss the Fair Information Practice Principles (“FIPPs”).  The FIPP have formed the basis of regulations for government and private sector initiatives on privacy for a variety of principles including notice, data minimization, choice, and security.  Their goal was to determine how FIPP should apply to IoT.  They determined four priorities.


·         Build strong security in from the beginning and keep it strong.


·         Minimize data by collecting as little as possible and getting rid of it as soon as possible.


An example of poor security cited in the report included TRENDnet who marketed its Internet-connected cameras for varied home security purposes including baby monitoring.  They claimed their cameras were “secure.”   However, there were numerous security breaches covered in the report which indicated that hackers were able to access live feeds from consumers’ security cameras and conduct “unauthorized surveillance of infants sleeping in their cribs, young children playing, and adults engaging in typical daily activities.”


Kelsey Clubb, Lisa Kirch, and Nital Patwa from Berkeley in 2015 considered the ethical implications of IoT and their research suggested that IoT actually becomes the internet of behavior.  We are allowing access to all kinds of personal data from our heart rate to conversations, journals to driving habits, reading to traveling.  More and more of our behavior is there to be viewed and assessed and ultimately it could be used against us in court.  It could influence our applying for insurance, housing or a job.  And the protections in place are only partially protective.  In terms of the ethics of the data, who exactly owns this dataset and who has access to this dataset?  Not determined. What are the business practices of the companies that have access to the dataset?  Hopefully ethical.  How is the dataset is being used and being shared? There are limited parameters.  Oh yes and what happens when the system is hacked?  Oops!!


As consumers we really need to be aware and vigilant.  Although we would like to imagine everyone as being ethical our privacy is largely our responsibility.  Laws can help but they can’t keep up with the pace of change.  Consumer organizations like I Am The Cavalry and Electronic Frontier Foundation  can help keep us apprised.  Research projects like Ubiquitous Commons seek to design legal and technological toolkits that will help us to better control use of our data.   But ultimately it is up to you and I to be aware and know that we are making choices to share (or not) multiple times a day.   And honestly – the whole concept of privacy may be a mirage.
Posted by Tricia at 5:42 PM